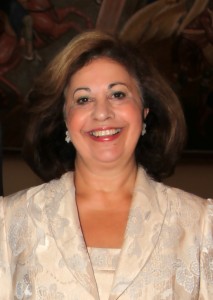 During these difficult years, Crown Princess Katherine provided through her hard work a very large amount of humanitarian aid that was distributed throughout the former Yugoslavia. The Crown Princess believes that there are no borders in suffering, since race and ethnicity do not matter.

When Their Royal Highnesses returned to Belgrade in July 2001 it was natural for the scope of their humanitarian activities to expand. At the beginning of August 2001, the Foundation of Her Royal Highness Crown Princess Katherine was established.

Activities have been expanded to cultural institutions, schools and universities by including scholarships and improving communication between students and experts from foreign countries.

Other important activities include raising money for medical equipment that has been delivered to numerous hospitals. Thousands of children from orphanages throughout the country are guests at the Royal Palace every Christmas and Easter when they receive presents. Help is also provided to many refugees in Serbia.